Today’s post comes from Alessia Cesana, a Catholic woman who blogs at The Blond Pond.

Choosing a confirmation saint seems to be an established practice of the Roman Catholic Church, which I have no recollection of ever doing. 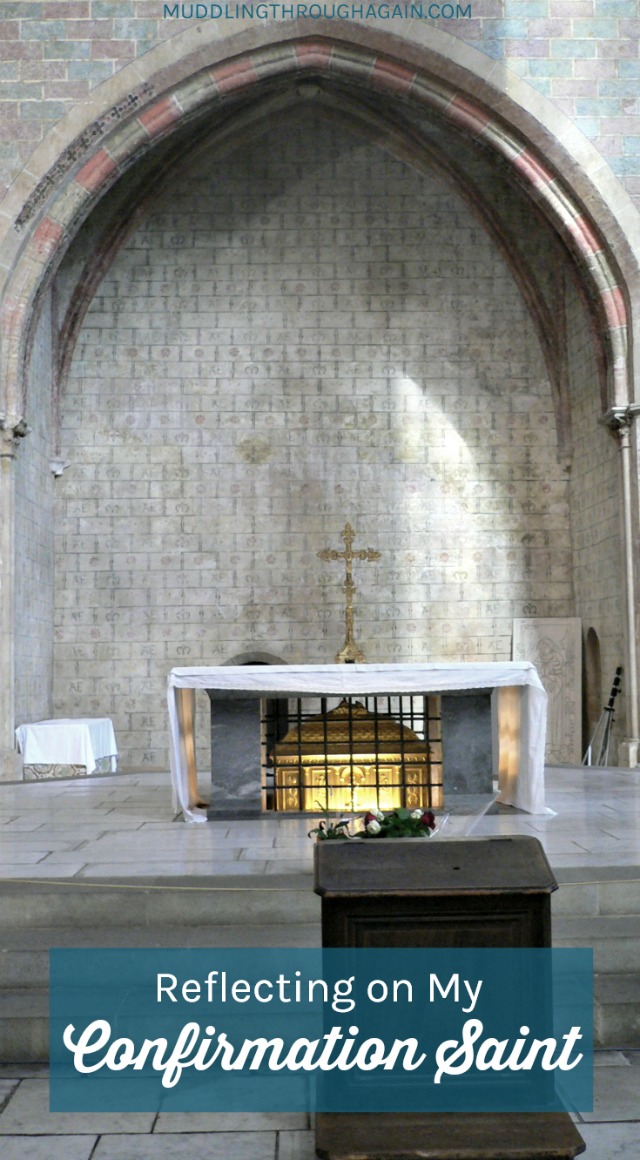 The Sacrament of Confirmation

I received the sacrament of Confirmation in my very early teens, when everyone did, and with limited understanding of what it truly meant in the life of the Church.  It is, effectively, baptism in the Holy Spirit in the way Protestant denominations that do not perform infant baptism would understand it (adult converts to Catholicism receive the three sacraments of Baptism, Confirmation, and first Holy Communion in one go.)

Infant baptism is the cleansing of original sin. Parents and Godparents promise to raise the child in the faith, and the child becomes, through God’s grace, a member of the mystical body of Christ which is the Church. However, unlike adults, an infant cannot be a witness just yet.

We know from Acts 8:17 that new believers were first baptised in water. Then the Apostles laid their hands on them, and they received the Holy Spirit. Confirmation is the laying of the hands, when the infant has become old enough to testify.

Confirmation saints are just a model of who we want to be as believers. Someone who inspires us to be the best version of ourselves to better serve God on this earth.

I don’t know who I would have chosen when I was younger. Now I’m 28, and I have a few favourite saints, who I endeavour to be like even though their circumstances are very far from my own. 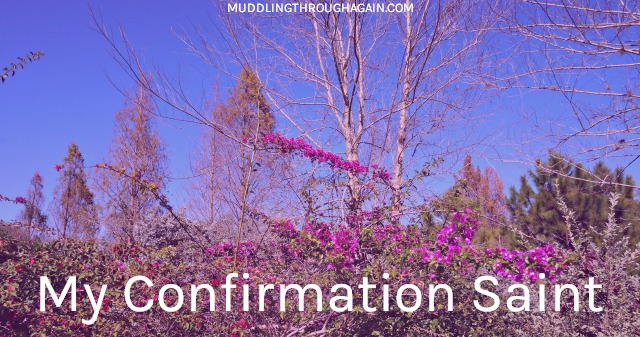 Martyr of the Reformation, humanist writer and intellectual, Lord Chancellor and great friend of Henry VIII (who commuted his treason sentence to a less gruesome death).

He educated his daughters with the same classical education of his sons, and one of them was especially praised for her erudition. They set an example for other noble families.

He is the patron saint of statesmen and politicians, and as I take small steps towards serving in politics, I pray that I too will have the inner strength to stand up for what I believe is God’s truth.

Newman brought the order of the Oratorians (founded two centuries prior by a great man, St Philip Neri, in Rome) to England. Their site in Birmingham came to fame as the place where J.R.R. Tolkien grew up and learnt the faith that would make his literature so great.

Newman was also instrumental in the furthering of Anglo-Catholic relationships, and understanding of Catholic dogma. He also pushed for more education, including the founding of universities in Ireland, although at the time it was just for boys. I admire his great way with words and passion for learning, while still never crossing the line into arrogance.

I could mention many more names, both men and women. Even counting the women, like St Catherine of Siena, who was involved in the politics of the day as well as being a charitable, holy woman and tertiary of the Order of Preachers…

Or St Margaret Clitherow, another martyr of the Reformation, guilty of harbouring priests…

I don’t really feel like there is someone I can model myself on.

As I approach 30 years of age not knowing whether I will ever get married and be a mother, but still not feeling a call into religious life, I start to feel alienated by the traditional models of womanhood. I can’t really think of a saint whose name I can take. Maybe I should take a female version of the name of a male saint. Is that allowed?

Because there is, in church history, a great, famous saint who rejoiced of his singleness as well as other burdens that he faced. I don’t face something quite as substantial as the persecutions by the Roman Empire, but I strive for my life to be a witness, and if it will never be through marriage and motherhood, so be it.

I don’t feel that community life is the only way to be a single Christian serving God, either. This great saint was the Apostle who replaced Judas as one of the great Apostles, but he travelled to every corner of the Empire rather than live a cloistered life, so I still feel it’s hardly like being part of an order of today.

His example is an unattainable standard by human effort. But his complete abandonment to God’s grace so that the Lord would shine through? That is the one quality I really should aspire to have. It is a quality all saints have, of course, but he set the example to many who followed.

And, most importantly, it’s a quality that doesn’t depend on one’s state in life: married or unmarried, with or without children, widowed or left by a partner, young or old.

All of us are called to become less of ourselves so that more of Christ could be in us. So, as a constant reminder of this, if I were to be confirmed now, I can’t think of a better confirmation saint than St Paul.

Did you choose a confirmation saint? Regardless of your own Christian background, what saint would you choose today and why? Leave your comments below!