Thank you to Grace Hill Media for inviting my husband and me to an early screening of The Miracle Season. The only compensation I’ve received for this review is the complimentary movie tickets. All opinions are my own.

I am not a big sports person. Aside from the occasional baseball game or Olympics competition, sports just don’t interest me. At all.

But I’m a sucker for inspirational sports films.

Yes, I consider the Disney Channel Original Movie about a figure skater on a hockey scholarship to count as an inspirational sports film.

The genre of inspirational sports films now includes The Miracle Season, a beautiful film that will make you cry as you watch the unbelievable happen.

The Miracle Season is based on the inspiring true story of West High School girls’ volleyball team. After the tragic death of the school’s star player Caroline “Line” Found, the remaining team players must band together under the guidance of their tough-love coach in hope of winning the state championship.

The plot would be hokey and unrealistic if it were a work of fiction–but it’s based on a true story. Not just loosely “based on a true story” either. I did some digging. The movie closely follows what actually happened in the 2011 volleyball season.

Line inspired people during her short life, and she continues to inspire people today. After she died, “Live Like Line” became a rallying cry for the community. The t-shirts in the movie are based on real t-shirts worn across Iowa to remember Line.

The purpose of the Live Like Line Foundation is to provide funding to students in the Iowa City Community School District who need assistance to overcome financial barriers in order to participate in school activities. Like Caroline did throughout her short seventeen years, we want students to feel included. 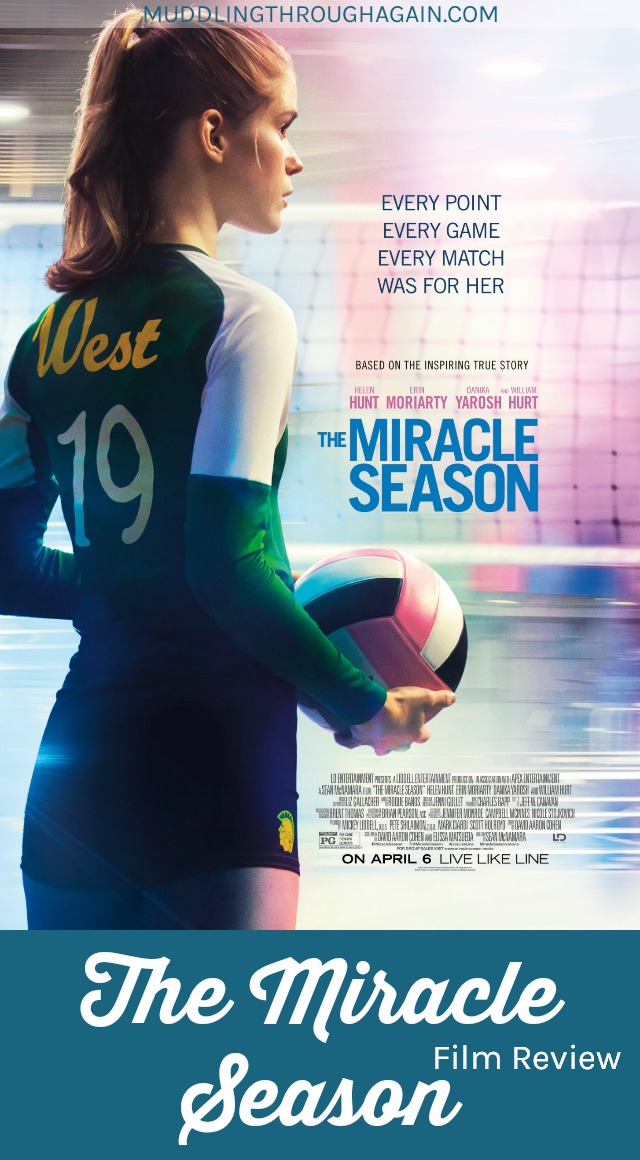 This is a heart-wrenching movie. You will cry. If you’re anything like me, you’ll cry multiple times. I even cried again doing research for this blog post. Everything I read about the Found family, Coach Kathy Bresnahan, and the girls’ volleyball team is just so tragic and beautiful at the same time.

Ernie Found lost his daughter and his wife within two weeks.

Greg and Catharine Found lost their sister and their mother.

I’m still not over my own mother’s death. I can’t imagine losing a sibling at the same time.

I can’t imagine being a teenager and losing my best friend, my team captain. But that’s what happened to the West High School girls’ volleyball team. Under the guidance of their coach, they worked through their grief together, eventually winning the state championship for the second year in a row.

It’s challenging to make a movie based on a true story and still create dramatic tension.

Before the movie started, I knew Line was going to die. When the girls’ volleyball team forfeits the first match after her death, I knew they would someone rally to win the state championship.

But knowing these facts, and watching them play out onscreen, are completely different. The Miracle Season still manages to make the journey to state an intense ride, because the story isn’t really about a sports team who wins against the odds.

The story is about a community grieving together and learning to live again after experiencing a great tragedy.

The Miracle Season focuses primarily on three people: Ernie Found, Coach Bres, and Kelley Fliehler. Kelley and Line had been best friends since they were little girls.

Each of them grieves differently, but they all rely on each other.

The portrayal of grief is realistic. Anger. Tears. Loss of direction. Guilt. It’s all there.

The Christian aspects aren’t too preachy. When Ernie’s friend first reaches out about church, Ernie responds with anger at God. Eventually Ernie does go back to church, and he thanks God. Ernie expresses gratitude for his great blessings of having a wife like Ellyn and a daughter like Line, even if they died too soon.

My primary criticism of the film is the inclusion of Kelley’s boyfriend. He doesn’t really add much to the story. I tried to find out if he’s based on a real person, but my search results turned up short.

The movie also intentionally sets up scenes to make viewers cry. The music, the dialogue, the cinematography–it’s all designed to tug at your heartstrings. Whether or not that’s a positive trait is up to you. 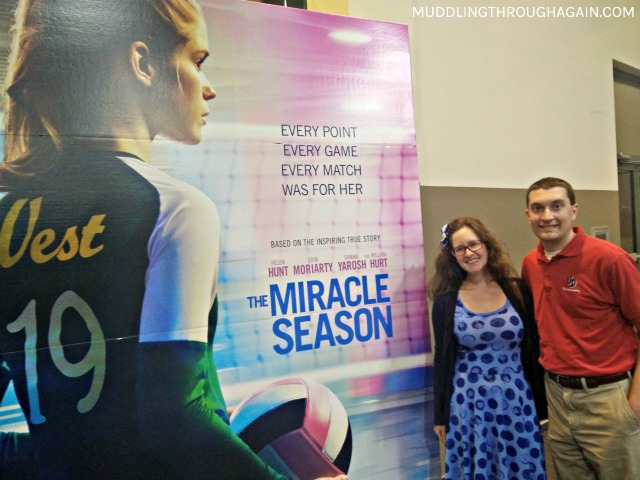 Read More on The Miracle Season

There have been some great articles about both The Miracle Season as a film and about the real people who inspired it.

Remembering ‘The Miracle Season’: How the Iowa City story made it to Hollywood – Iowa City Press Citizen

Final Thoughts on The Miracle Season

Will you go see The Miracle Season? Why or why not? 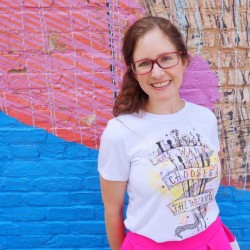 Brita Long
Writer at Belle Brita
Founder of Belle Brita and Muddling Through Together, Brita Long either writes or edits all of the blog posts on both websites. Brita has been a Christian feminist for as long as she can remember, and she's grateful for the opportunity to connect with Christian women across the globe.

Founder of Belle Brita and Muddling Through Together, Brita Long either writes or edits all of the blog posts on both websites. Brita has been a Christian feminist for as long as she can remember, and she's grateful for the opportunity to connect with Christian women across the globe.